Rogoznica, a quiet and warm Mediterranean place at the very end of North Dalmatia. It stretches along 50 km of the coast. Boaters are happy to visit it because it is known as one of the most beautiful and safest ports on the Adriatic. The beaches in Rogoznica are pebbly, there are also some rocks, and each village offers hidden beaches in numerous small bays. Cape Ploče or Planka collide Jugo and Bura, hot and cold current. The climate is one of the most attractive tourist elements, with an average of 2600 hours of sunshine in the Rogoznica area. We thank the Greek seafarer from the first half of the 4th century BC for the oldest information on the Rogoznica area. According to the aforementioned findings, life in this area seems to have particularly flourished in ancient and late ancient times. Beaches in Rogoznica: Art, Crljina, Gornji muli, Gradina, Kopara, Perla Resort, Račice, Šepurina, Soline.
New listing

LUXURY PROPERTY A modern luxury two-story villa in Ražnje, with a beautiful view of the sea and a swimming pool, is for sale! The villa consists of a ground floor and a first floor. GROUND FLOOR...
New listing A modern luxury two-story villa in Ražnje, with a beautiful view of the sea and a swimming pool, is for sale! The villa consists of a ground floor and a first floor. GROUND FLOOR On the ground... 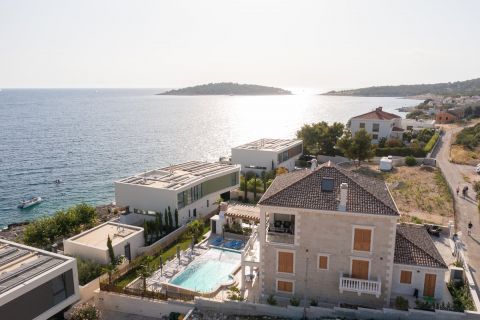 Real Estate Rogoznica, Exclusive Villa with a beautiful view of the sea
on request

NEW CONSTRUCTION TOP LOCATION!!! An exclusive Villa in Rogoznica with a fantastic view of the sea is for sale. Beautiful Villa of luxurious Mediterranean design is located in a top location. It... In Ražanj, near a small bay and the sea, building land is for sale. The land is slightly irregular in shape with a total area of 686m2. A conceptual solution for a residential building with 6... 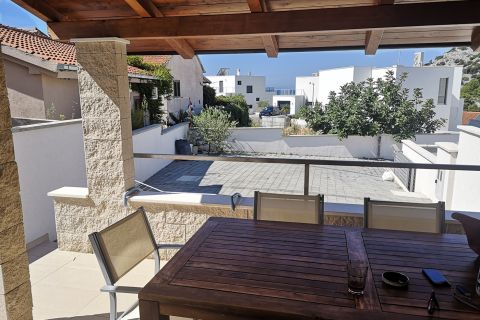 TWO STOREY FLAT P2 122,72m2. In Ražanj in a quiet location near the sea for sale are two-storey apartments. The property consists of two duplex apartments, each with its own entrance and... 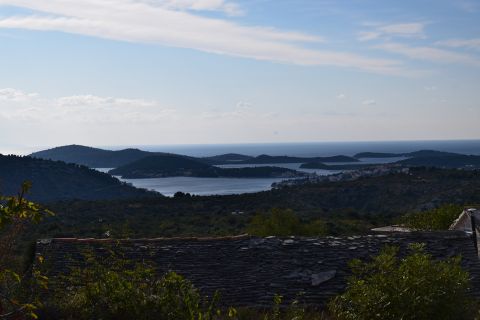 Nearby Rogoznica, is a building land with developed projects for a house being sold. Land size is 774m2. Projects for a residential building of approx. 300m2. The building will consist of... In Rogoznica is large agricultural land with panoramic sea views being sold. The land is in a regular shape, measuring 13,589.00 m2. The access road leads to the ground and the water connection is...
Showing: 1 - 7 of 7 listings
© 2016-2022 Mirakul Adria d.o.o. - all rights reserved
Web by: NEON STUDIO Powered by: NEKRETNINE1.PRO
This website uses cookies and similar technologies to give you the very best user experience, including to personalise advertising and content. By clicking 'Accept', you accept all cookies.
More options
I accept